Trespasser is a tabletop roleplaying game about peasants-turned-adventurers carving out safe refuge amid the long collapse of their dying world. Designed for player-driven sandbox campaigns of survival and dungeon crawling, Trespasser borrows themes of early tabletop and pairs them with a tactical combat system inspired by 4th Edition Dungeons & Dragons. If you admire the principles of old school gaming but also enjoy picking character options and pushing miniatures around a grid, Trespasser might be for you.

With about ~20 pages of core combat rules, Trespasser is lighter than many similar games while still permitting deep, emergent tactical situations. The game presents a wide variety of player-facing content, but options are simple, distinct, and avoid tiny and annoying bonuses.

You won't fall asleep waiting for your turn. Combat is designed to keep players engaged by emphasizing party coordination and out-of-turn, reaction-based play. Abilities alter the battlefield, leaving behind clouds of smoke and lasting obstacles. Enemies telegraph their most perilous attacks, allowing quick adventurers to rush to the aid of their slower companions.

The adventuring party is forged in a harrowing ordeal called the First Day, an old-school tradition that other games term a ‘funnel session’ or ‘meat grinder.’ For the first session only, each player controls four randomly generated peasants. Though most will meet a gruesome death, the handful that survive will go on to become the adventuring party.

Though a random peasant forms the foundation of a character, the system ensures viable paths forward no matter their attributes. A steady stream of meaningful choices allow players to grow in the direction they want or reinvent their adventurer over time as their story unfolds.

Trespasser takes the traditional fantasy class system and breaks it open with combat themes, groups of actions that represent a fighting style. A character expands beyond their class as they grow, unlocking new themes and creating an oddball mixture of abilities: thieves can harness blood magic, knights can shoot lightning, occultists can draw blades and fight beside their demons.

The game is fully playable right now, but I will be adding new content and resources regularly to this page. Over time, I'll be compiling this content into new playtest versions and making them available here. A lot is already written and coming down the pipeline:

I would love to hear your thoughts and feedback. Leave a comment below or join the Trespasser RPG Discord. Thank you so much for checking out my fantasy heartbreaker! :)

Please consider donating if you are able; every little bit helps keep the project going! Any money you contribute will be fully invested back into the game and used to pay artists to make Trespasser more representational, more beautiful, and more fully realized. I don't want anyone to have to pay for the game more than once- if you donate $10+, I'll send you a PDF of the final game on its eventual release.

hiya! had one more question on the rules of this game:

Can peasants take opportunity attacks or use manuevers?

Hi Morgan! Thanks for asking- peasants can do both of those things! The new versions mentions maneuvers but fails to specify the opportunity attacks, so thanks for bringing that to my attention!

really love this game!! the combat and rules seem so clean, and the vibes are so great! a mix of old school gritty with new school streamlined design :D

one question - for actions with Melee/Conjury, do they require BOTH a conjury item and a melee weapon? Or just one of them? Saw a few in the Blood and Earth themes like thay.

Thanks for asking and for checking out the game! :) To use an action, you must be wielding an implement with a matching keyword. So Melee/Conjury actions could be used as either a melee action with a melee weapon, or a conjury action with a conjury weapon. To improve clarity, the language is being revised in the next version to "Melee or Conjury."

Looking solid so far.  I really like the alignment system.  Don't recall seeing anything quite like it.  So much more nuanced than straight good and evil

Thank you! There's still a long way to go, but I'm getting lots of great feedback.

I'm really liking the rules, eager to try this with my party. One piece of feedback I'd like to give is that the font used for headers looks awesomely stylish but is also hard to read, so looking quickly for a header is not very easy.

i get what you mean- the PDFs are bookmarked if that helps at all!

This game looks incredible, and I can't wait to play it. The only thing I could see that might be an issue with this game in terms of how my table does things is the initiative system. I usually like games that alternate sides instead of having all units on a side go in a single phase. But that's really just a small nitpick, because I think this is a great ruleset for getting some of the OSR-inspired dungeon crawler vibe into a streamlined tactical experience.

thank you so much! maybe you can homebrew your own initiative system. it would be a little tricky, because the structure of the combat round ties into a couple other systems, like Peril, but I bet you could make it work. If you do, I'd love to see it!

This is a great looking ruleset. Layout is really clean too. Would love to see a VTT implementation down the road. Good work.

Thanks for giving it a look- yeah VTT is something I have no experience with, but I'm eager to learn, it seems like a must for a game like this! 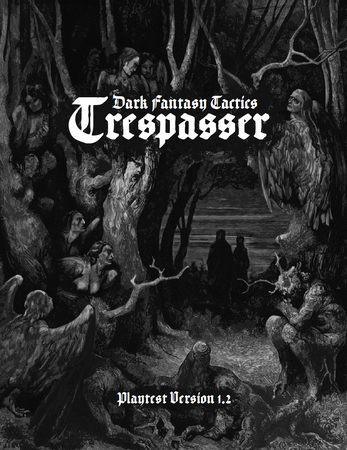 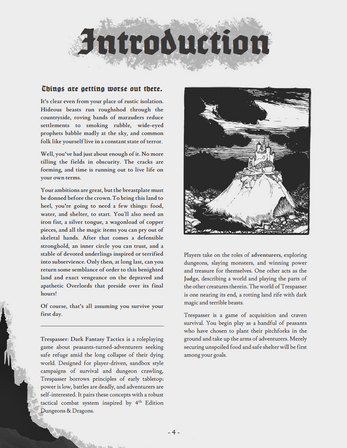 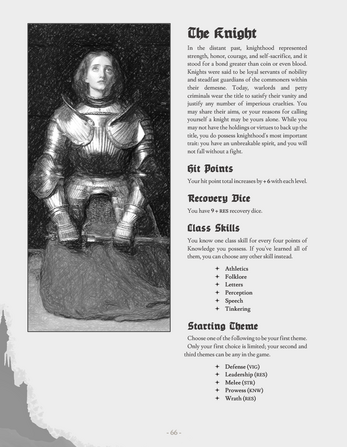 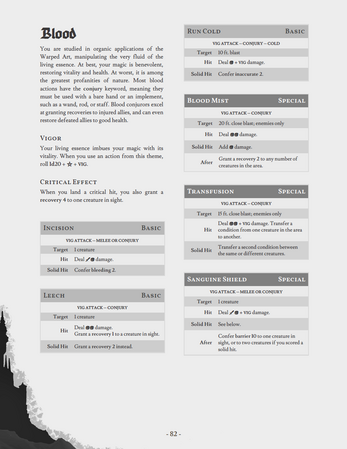 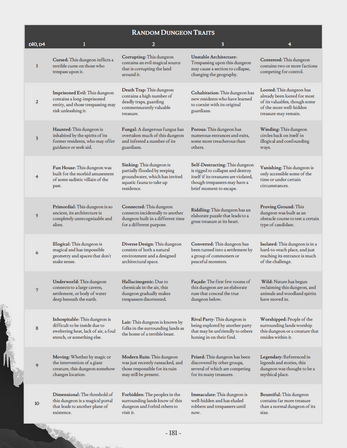